Warm hands for an Himalayan feat

Madalina Condrea became the first Romanian woman to climb the Manaslu in the Himalayas (8163-meter), the eighth highest mountain in the world.

Born and raised in Arad, Romania, Madalina has lived in Switzerland for more than a decade where she teaches Latin and German. On 25 September 2017, the 31-year-old woman became the first Romanian to climb the 8163-meter peak. She is one of the few women to have reached such a high peak.

"It was a dream for me. For nine years, I raised money without losing sight of my goal. It was not easy, but it was worth it! "

She explains how she got the desire to undertake such a challenge: « Nine years ago, when I was traveling around the world, I arrived in Nepal. I climbed Imja Tse (Is-land Peak) at a height of 6200 meters in eastern Nepal. I became friend with the Sherpa who ac-companied me, Mingma Dukpa. When I told him that I wanted to achieve an 8000 meters high peak, we promised to do it together and that it would be the Manaslu. We have kept our promise. " 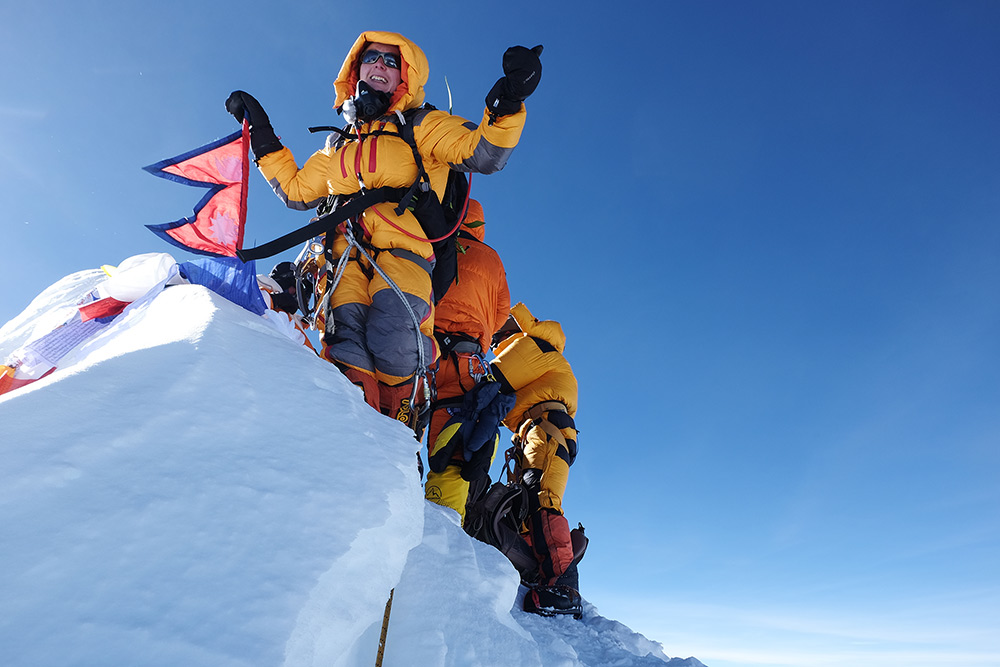 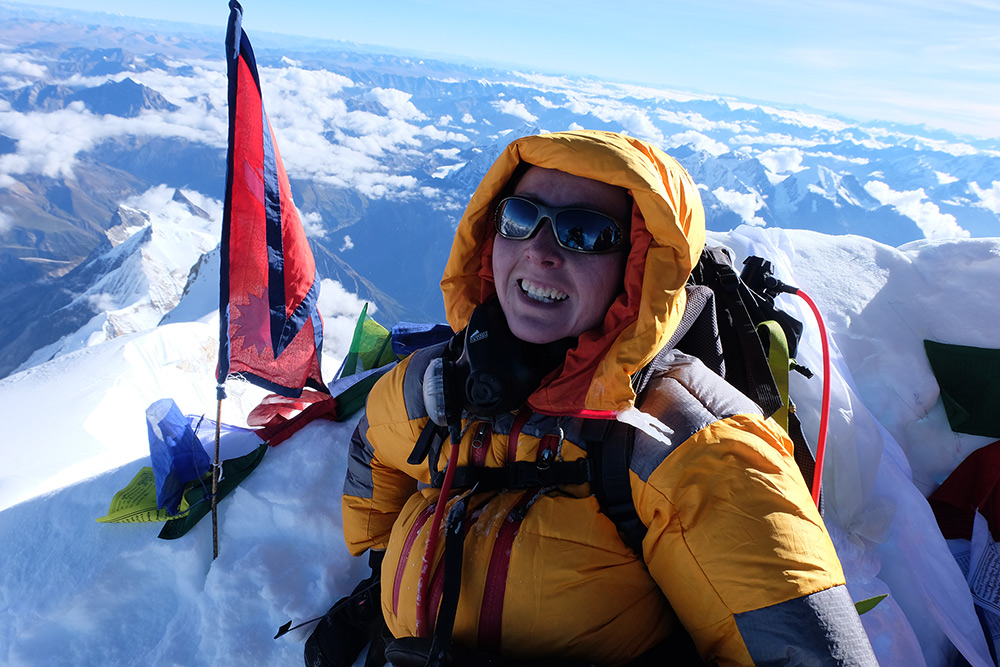 Thanks to an atypical training

Madalina Condrea did not follow a specific training to climb. She states that she had no claim to be recognized as a mountaineer. Her secret for success : an intense and daily sporting practice.

"For 12 years, I went swimming and running 10km every day. Once a week, I achieved a 20km run. It was my only preparation."

On a dangerous spike

The climber Horia Colibasanu was the first Romanian to have reached the summit in 2006. These are his impressions of the Manaslu: "It is special because it is a peak that is not very difficult technically, but that is very dangerous be-cause of avalanches. It snows almost every day and the slopes can be blocked by them. There are many mountaineers who hope to reach the summit. Unfortunately, there are also tragedies. ".

We are proud to be her sponsor

We are so happy we could encourage this spectacular adventure in our own way. Madalina Condrea wore on her ascent our Therm-ic mittens PowerGloves. With their 10 hours of warmth even in icy cold conditions, the Romanian mountain climber was able to protect herself effectively against frozen fingers.

The Therm-ic adventure continues alongside Madalina. We will also equip her for her next trip to Antarctica in March 2018. We can’t wait to unveil you her explorations!

It's so much more enjoyable to raise your flag at the top of the mountain without having numb fingers and with a firm grip! An idea for your next ascent?